Why Did I Pick The Galaxy Note 8 and HTC One?

As you can probably tell by now, I am a big fan of Google’s Nexus products and I have only been using Nexus phones for the last three years, ever since I bought the Nexus One.

Anyone who is a real Android enthusiast will find the Nexus brand of devices appealing because you get updates to Android before everyone else and you get to use Google’s user interface. Frankly, I have not found HTC and Samsung’s UI design nearly as visually appealing as Google’s, although HTC Sense 5 is much better than previous versions.

At this point you are probably wondering, why, if I am such a fan, am I no longer using Nexus brand devices as my primary smartphone and tablets. The reason has to do with the hardware design decisions made by Google, Samsung, and HTC.

Before its announcement I was certain that I would buy the Nexus 4 to replace the Galaxy Nexus in order to keep with the current technology. Unfortunately, I was disappointed that the Nexus 4 did not really have any features that I did not already have with my Galaxy Nexus except for wireless charging.

I am particularly disappointed that the Nexus 4 did not have LTE support. My wife’s phone has LTE so I ran speed tests on it to confirm that its Internet connection was in fact much faster than AT&T’s HSPA+ connection. Now that I’ve been using LTE full time, I can affirm that faster Internet access, even on smartphones, makes a big difference.

I have really been happy with the Nexus 7, and I still recommend it to anyone who asks me to recommend a tablet that is not an iPad. For $200 I think the Nexus 7 is the best tablet available for that price.

My one disappointment with the Nexus 7 is that it does not have a rear facing camera. I know most people make fun of the idea of people taking pictures with a tablet, but I think there is one very good use for rear facing cameras, to capture (scan) paper. Today I can’t do this with a Nexus 7, I have to use my iPad, which as I already noted I don’t carry with me everywhere.

Samsung Galaxy Note 8 Provides What I Gave Up

Prior to owning the Nexus 7, I had been using the HTC Flyer, which also had a seven inch screen, and I find the smaller tablets much easier to carry around for use on a daily basis. I also really like that I can easily pick up a seven inch tablet and hold it for long periods of time with one hand, which is something I cannot do with my iPad.

After checking out the iPad Mini, I saw benefits from having a slightly larger display. I did not buy the iPad Mini because it currently does not have a retina display, nor does it have the ability to write in digital ink as I did with the HTC Flyer.

I liked the HTC Flyer, but I could also see that HTC was not too invested in the tablet market, so I jumped to the Nexus 7 when it became available. While I wrote using the Flyer nearly every day, I also realized over time that a larger screen would be better for handwriting. 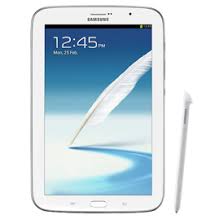 When I learned about the Samsung Galaxy Note 8, that it had the same size screen as the iPad Mini, a higher amount of pixels per inch than the Mini, and provides the ability to write in digital ink, I quickly decided it was the next tablet that I wanted to use.

HTC One Is Fast And Beautiful

After I learned about the Nexus 4 and decided that it was not the phone I wanted, I decided to keep using my Galaxy Nexus at least through the Google I/O conference to see whether Google released anything new. Unfortunately, my Galaxy Nexus had an untimely demise on a tile floor, therefore accelerating my need to find a replacement. 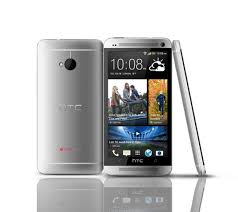 As you may know, in the last month two new smartphones have come to market, the HTC One and the Samsung Galaxy S4. Between the two, I was drawn to the HTC One’s physical design and I also liked some of the software features, such as Blinkfeed, that HTC added to the One.

Conversely, the Samsung Galaxy S4 looks the same as the S3 but with a slightly larger screen. The S4 design is not horrible, but is made of plastic and therefore does not have the solid feel of the HTC One’s aluminum. Further, Samsung really loaded the S4 up with gimmicky software features that I don’t think are particularly attractive.

The HTC One and the Samsung S4 both support AT&T’s LTE network, so that was not a criteria that distinguished one over the other, but rather it was a criteria for not picking the Nexus 4. What I can say is that the HTC One’s aluminum case does not hinder the connection speed and having fast Internet access everywhere really increases the usefulness of a smartphone.

Fortunately, I still have the Nexus 7 that gets Android updates directly from Google, so I will at least be able to check out new Android features as they are released. Will my patience be tested by HTC, Samsung and AT&T? Only time will tell.

Mobile enthusiast and author
View all posts by Frank →
This entry was posted in Experiences and tagged HTC, Samsung, smartphones, tablets. Bookmark the permalink.

3 Responses to Why Did I Pick The Galaxy Note 8 and HTC One?