Wearing Android Is A Drain 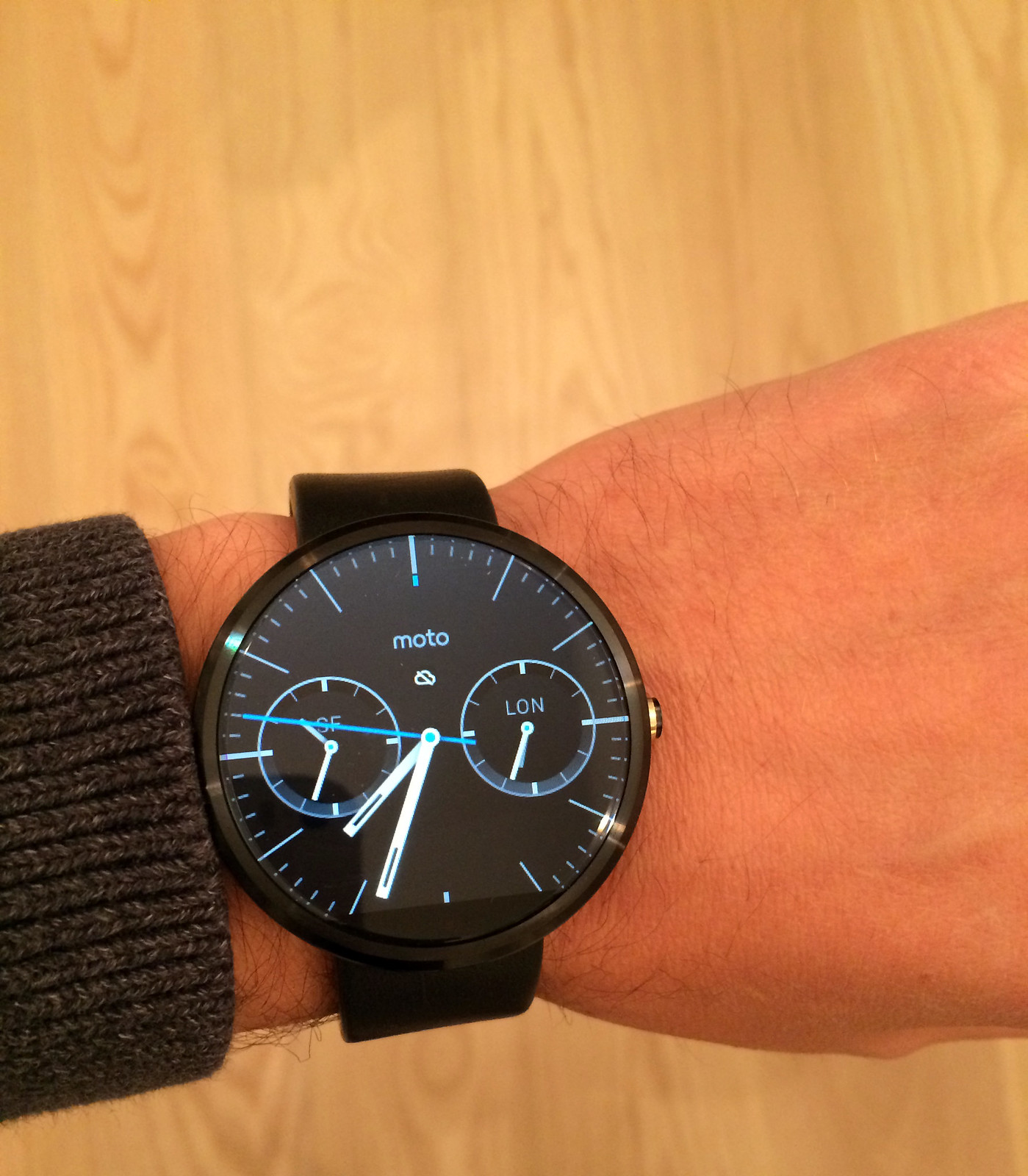 I got a Moto 360 for Christmas, and while I am happy with the watch’s functionality, I’ve been struggling to manage battery life.

Unlike Android smartphones, Android Wear does not include what I consider to be robust battery monitoring tools. You can use the Android Wear app to see a graph of battery life, with a prediction on how long the watch will last before the battery drains, but it doesn’t provide specific information on what is consuming battery life.

Wear Battery Stats provides a little more detail, but it is not as good as the GSam Battery Monitor app I use on my Moto X. The one important piece of information that Wear Battery Stats does provide is the percent of battery consumed per hour, which is the best indication of how well the device is using power.

Initially, the Moto 360 consumed more than 10% of battery per hour, which is not good at all and results in much less than 12 hours of overall battery life. Twelve hours is the minimum amount of total battery life one can live with, truth is you really need about 14 to 18 hours to get one through a full day from waking up to going to bed. I can live with recharging the watch every night as I sleep.

I should mention that I have the very latest version of Android Wear on the Moto 360, it was pushed to the watch right after I initially set it up.

Several posts I found on the Internet suggested that there is a break-in time during which the battery monitoring syncs with the actual battery life, and this seemed to coincide with my experience. I have also found that watch faces, particularly ones that display information like the temperature and steps, can consume a lot of power. Facer is a popular app for downloading free watch faces and changing them on the watch, but I have found it consumes too much power just by being on my phone and watch. Watchmaker appears to have a much less hit on battery life.

Over several days I managed to get the hourly battery drain down to around 5%, but after my first commute to work today battery during the one hour commute was drained 25%. What was I doing?

During my commute I use Pocket Casts to play podcasts on my smartphone. When I checked Android Wear, it indicated that Bluetooth was the highest power consumer. Best that I can tell, it seems that because playing Pocket Casts causes media controls to appear on the watch, doing so drained the battery at an alarming rate.

I found that there is no way to disable media controls on Android Wear. I posted on Google’s product support forum of my experience and theory that media controls was causing the problem, but others responded saying they have no problems using media controls.

Next, I went to Motorola’s forums and found a thread started by others who found that after they installed the latest version of Android Wear, version 5.0.1, on their Moto 360, they had worse battery life than prior to the upgrade. (I note that prior to an update released on September, the almost everyone was experiencing poor battery life, but the September update seems to fix that problem.) Some reported on this thread that Bluetooth appears to be the highest consumer, which aligns to my experience this morning.

I followed instructions posted on the thread to uninstall Android Wear and Moto Connect, do a factory reset of the watch, then go through the first start setup process, which according to others, restored battery life to what it was before the 5.0.1 update was installed. I know I didn’t do a factory rest after the update installed on my watch, so I am hopeful this resolves the problem.

Unfortunately, I am not home right now so I cannot recharge the watch to observe whether the reset that I have performed has resulted in better battery life. If it continues to discharge at the previous rate the watch will be dead by the time I commute back home later this afternoon. I hope that the factory reset provides the fix to the problem.

What I am finding is that battery life is a huge issue with Android Wear. If one spends more than $200 on a device they don’t want to limit how it is used just to get the battery to last a full day. A smart watch needs to provide full functionality or it ceases being “smart” and not worth the cost. Certainly, features that cannot be disabled, like media controls, must not be huge battery drainers. If the media controls continue to be a problem the only solution I can think of is to not use my smartphone for listening to podcasts, which totally unacceptable. A smartwatch should not decrease my smartphone’s functionality, particularly given the fact that it is really a smartphone accessory.

Mobile enthusiast and author
View all posts by Frank →
This entry was posted in Uncategorized. Bookmark the permalink.